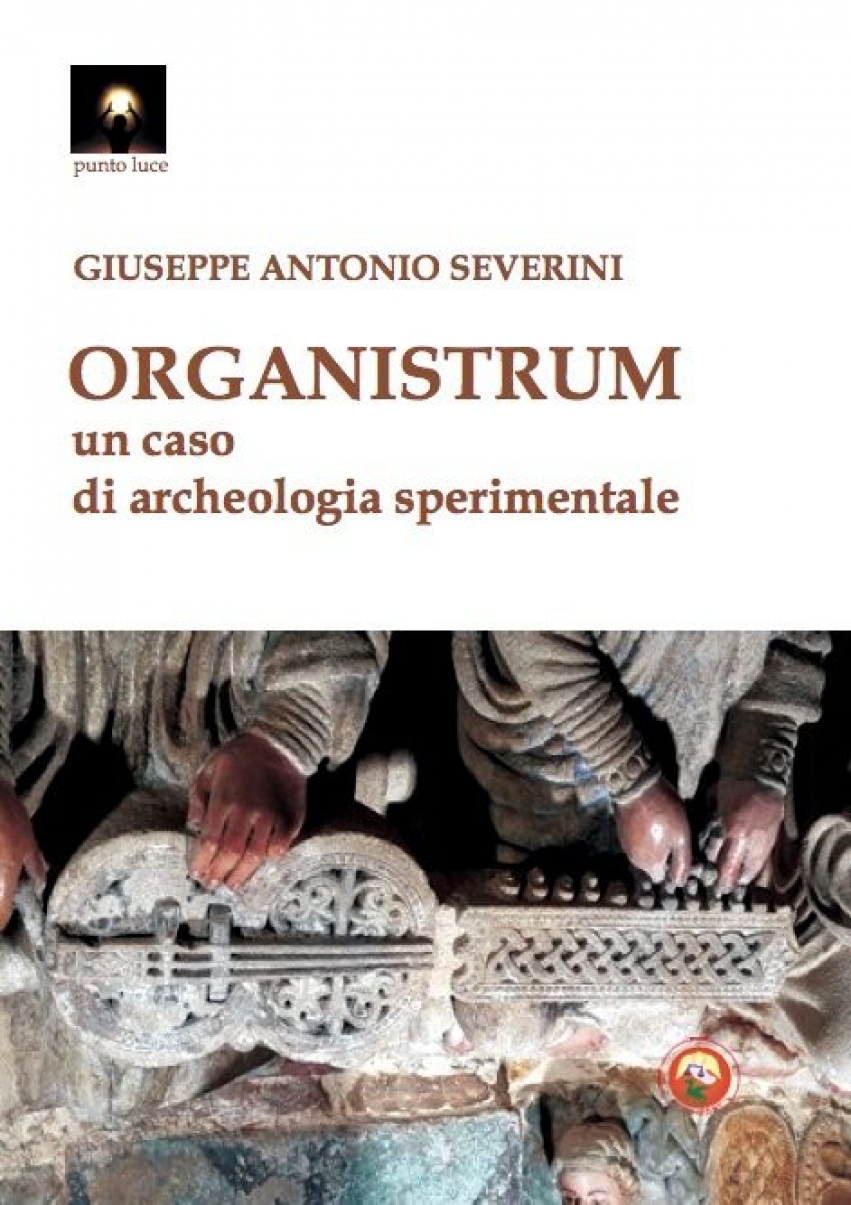 The Organistrum is depicted in a dozen works of art of the 12th century, it is rarely mentioned in contemporary written sources and disappears at the beginning of the 13th century. Despite the brevity of its life, this instrument boasts a prominent role within the medieval Organology. This is due to both the originality and ingenuity of its construction, and its prominent position among the sculptures of the famous Portico de la Gloria of Santiago de Compostela cathedral, one of the three most important shrines of Christianity.

Since musicologists and organology experts dedicated little attention to the Organistrum, we luthiers were to perform the historical survey, though not necessarily equipped with the specialized knowledge necessary. Some of our ideas, mainly those concerning the tuning and the structure of the keyboard, might therefore be rather arbitrary or insufficiently grounded. The negative evaluation given by the specialists of medieval music only adds points to the concerns. In the performances of the last thirty years, the presence of the Organistrum is, as a matter of fact, absolutely marginal. Just consider the discography - were it not mentioned in the sleeve notes, it would be difficult to even notice the instrument’s presence. Its function is mostly reduced to the performance of drones, barely audible at the beginning and end of the rare pieces in which it is used. In live performance, the instrument is often exhibited in the center of the stage as an unusual object, one definitely bizarre: we know how this category of the bizarre is inherent to our vision of the Middle Ages. Even in this case, the acoustic presence of the Organistrum remains unsatisfactory, especially when it is inserted in rather improbable medieval “big orchestras".

Moreover, musicians within the folk / rock scene have used the instrument occasionally, amplifying and distorting its sound, adding no merit to it.

To conclude, the field ultimately came to produce an instrument as showy as it is devoid of musical value: one destined for museum windows rather than concerts.

Such an inglorious outcome can be explained in two ways: either the Organistrum should really be considered an almost ornamental object, or its reconstruction is at least in some points flawed.

To solve these doubts and define the entirety of the issue, it was necessary to undertake a new phase of research, geared towards understanding the actual historical physiognomy of the instrument.

In the first phase of my study, I carried out research pertaining to an ordinary study of Organology. Failing to solve many of the problems that were arising, I conducted further investigation in new directions.

The language of symbols emerges from a deep substratum of culture which, through art, reveals the presence of archetypal forms of very ancient origin.

The studies of Jurgis Baltrusaitis, for example, have demonstrated how many elements of medieval European architecture and decoration come both from the Roman world and, through the trade of manuscripts, pottery, jewelry, fabrics, from the Middle East and from even more distant areas, such as Persia, India, and China. From his studies, it emerges that the cultural heritage of peoples is equally composed by images and concepts that have very ancient roots and testify to an ancestral circulation of ideas and experiences dating back to even (occasionally) prehistoric times.

The Organistrum probably never quite made it past particular social and cultural contexts (that of religious communities, monastic or urban, on the way of pilgrimage or inside the cathedral schools), and continued to be used, together with the Giga, for only barely over a century.

Within this context, it had to play a particular function and took on a symbolic value in its representations. It is therefore essential to broaden the investigation beyond purely technical and structural elements. We must turn to the ideology, theology and spirituality that lively characterized its fermenting cultural environment.

I have identified three main sources of reference: the Christian exegesis of the Bible, the school of Latin Platonism and the Jewish Kabbalah.

To buy the book (Italian ): 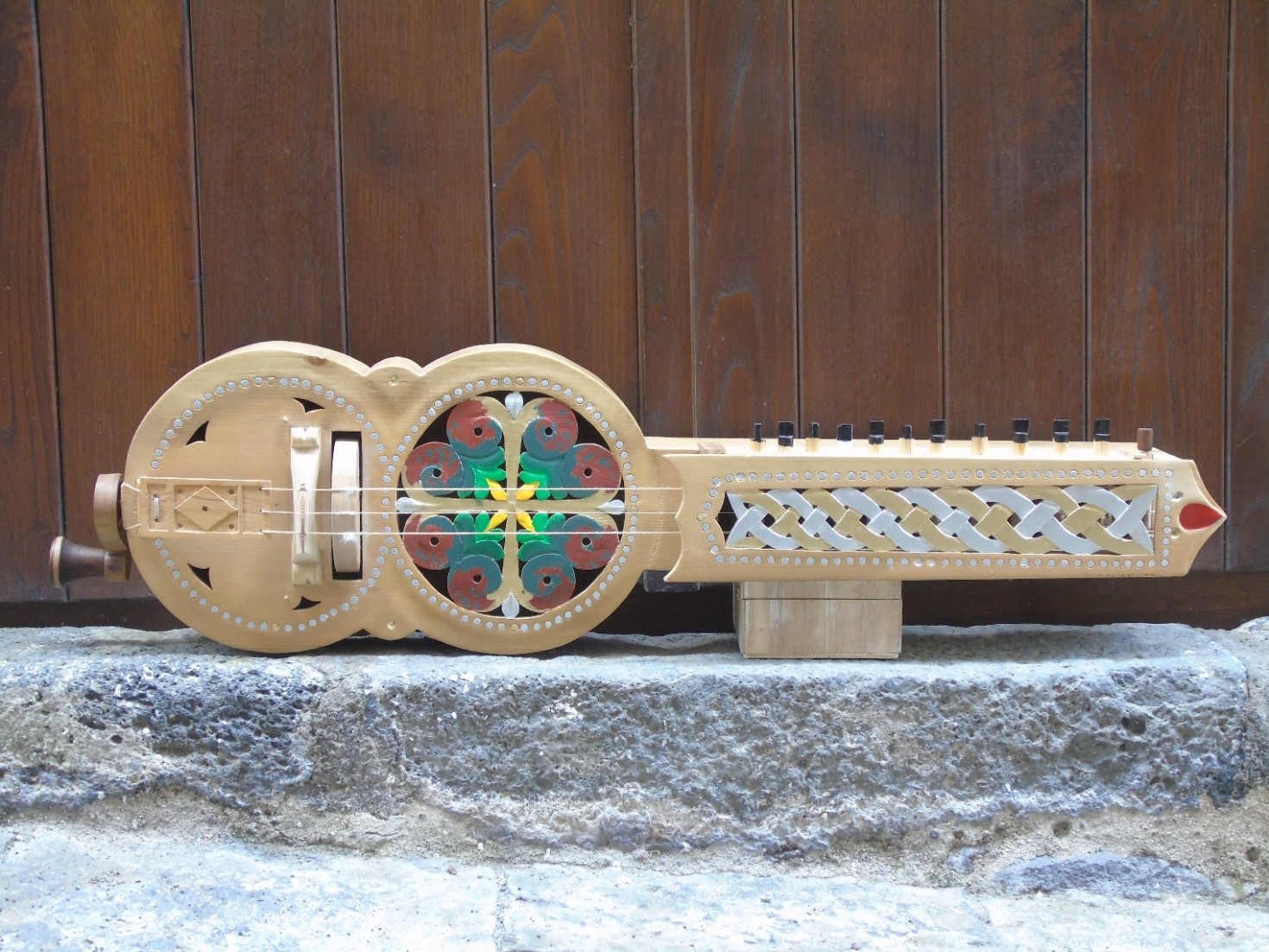